Monduli District is one of the six districts of the Arusha Region of Tanzania. It is located in the northeastern section of the country. It is bordered to the north by Kenya, to the east by the Kilimanjaro Region and Arumeru District, to the south by the Manyara Region and to the west by Ngorongoro District and Karatu District. The town of Monduli is the administrative seat of the district. According to the 2002 Tanzania National Census, the population of the Monduli District was 185,237 The word Monduli was originated in the ward MonduliJuu. There was a wealthy Maasai ancestor with the name of Monduli, who lived in the area during the times of German colonization. The Germans colonized Tanzania in 1880s. They brought European education with them, teaching the areas of science, math, engineering, and even German. Tanzania gained their independence in December 9, 1961, under the leadership of President Julius Nyerere.

General Information
The Monduli District Council established during the British Colonial Rule where the administrative area was named "Monduli Maasai District” at that time was included with the present Kiteto, Simanjiro, Ngorongoro and Longido districts.
In 1979 the present Kiteto district was born out of the Monduli Maasai district (then the present Simanjiro district was still part of Kiteto district) since then the name of the District remained “Monduli”- the present Ngorongoro district was still part of it until 1980s.
In 2005 Longido District was also born out of Monduli District. Therefore, Monduli district council is one of the seven district councils of Arusha Region. Monduli District is situated between latitudes 3.00” to 4.50’ South of the Equator and Longitudes 36.50’ to 36.45’ East of Greenwich Meridian.
BORDERS
It is bordered by Arumeru Diricts to the East, Ngorongoro and Karatu Districts to the West, Mbulu and Babati to the South and Simanjiro District to the South-East and Longido district to the North. 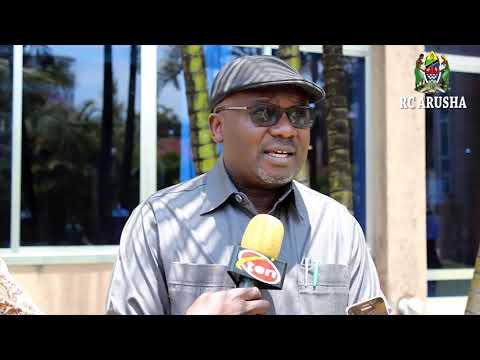